When your skin is at stake, you develop, inspire and you are respected

"When your skin is at stake", the book written by Nassim Nicholas Taleb, is one of the mandatory readings for the F1 Digital team. Why do I say it is a mandatory read? Because our set of values has applicability in our daily activity, and this The readings of the type presented in this article, the readings that alternate the states of the type "Aha!" and "Wtf ?!", are actually topics of question, with the help of which we improve daily how to do the things.

Further, I will try in a few words to describe, through my lens, some ideas supported and proved by Taleb in his book. First of all, in a generous measure, this book analyzes with a fine sarcasm, the situations in which certain individuals, coming from various reasons in important functions, refuse to put their skin in play and take on real responsibilities, resorting to all sorts of tricks "slyly" designed to pay out any blame if something goes wrong. I know, I know who you are probably thinking now, about our rulers, and about those issues that they cannot solve because of the x entities that prevent them. But the essential is not here, although you will have a lot of fun seeing how accurately Taleb describes situations with which you have most likely met repeatedly.

The first question this book raises is: what kind of character do I want to be? Of course, after the first part, after this ungrateful category got demolished, most will say: I want to put my skin in play! Why ? Because I don't want to be considered cowardly or incompetent. Pretty noble everything up here. We conclude that by not putting your skin at stake you become an individual who only walks from one side to another, an individual who brings no value but only more consumption, an individual who when all goes well is a god, and when everything goes wrong it's surrounded by idiots, that kind of man you just wouldn't want to have any interaction with. Well, here our culture comes and tells you that in such a person you can not trust, in conclusion, you can not be one of ours.

The second question that the book helps us ask ourselves is: what does it mean to put your skin in the game? Well, things are not that simple, and from facts to words, Taleb tells us it's a long way. If you want to be one of ours, and you want to put your skin in the game, you actually take on responsibilities, you assume that you will try to outdo yourself by doing things you have not done before, you assume the fact that you will remain loyal to a set of values and not your selfish interests, you are available, flexible, you are humble, you are willing to make sacrifices, and last but not least, you are honest with yourself and others. And here I have listed only a few attributes that make up this mentality. One thing is for sure, nothing I wrote above is simple, almost every action involves leaving the comfort zone, assuming risk, assuming work.

Okay, so far we have established, what we do not want to be, we have established what we want to be, but, as any investor would say, "What's in it for me?". Well, I deal with this topic ultimately because it is important to mention a few things. In the short term, the position of the quarterback on the rebound, which only throws the ball when it receives it, can bring beautiful results. Some compromises, we say to the Romanian that "las-o bă că merge-așa", and deliver the result, reach the goal. In the long term, however, such an attitude generates a toxic climate, in which the work becomes unbearable, the tensions reach maximum levels, and the efficiency of the team can be easily compared with the speed of a train leaving from Timisoara to Constanța in summer on a 40 Celsius degree heatwave. On the other hand, putting the skin in play, most of the time produces an immediate discomfort, not at all pleasant. The major difference, especially in the age of speed, is the speed with which the situation is resolved. When you have a team of people who assume that ALL that they do in their daily work is meant to strengthen the trust that customers have in their team, you will manage to turn any disadvantage into an advantage. It may sound fanciful, but this is actually the genius of the concept, to be able to bring to light quickly, which is not okay by assuming in that situation the company's mission. From here the competitive advantage, from here the differentiation in the market, is so simple.

Finally, in our team, things are very clear, the more you put your skin in the game, the more you are able to discover what you do not know faster because as quickly as you learn new things you need, the more you you put the skin in the game more often, the more you inspire other people to follow you and do the same, in the end being fully respected for your character. In good times, we all manage to get along, perform better or worse, without suffering too much trauma. But when the times are hard, the true value of the people comes to light, then we actually show the true character. But the character we grind by putting our skin in play, any kind of times we go through, and when things get tougher, then we will really value the character worked through thousands of hours of work.

The book I'm talking about can be purchased here. 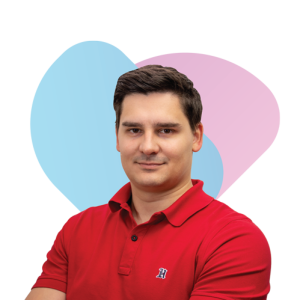 We are the agency that will raise the awareness level of your business to much higher standards. How? With trust, speed, passion and innovation .